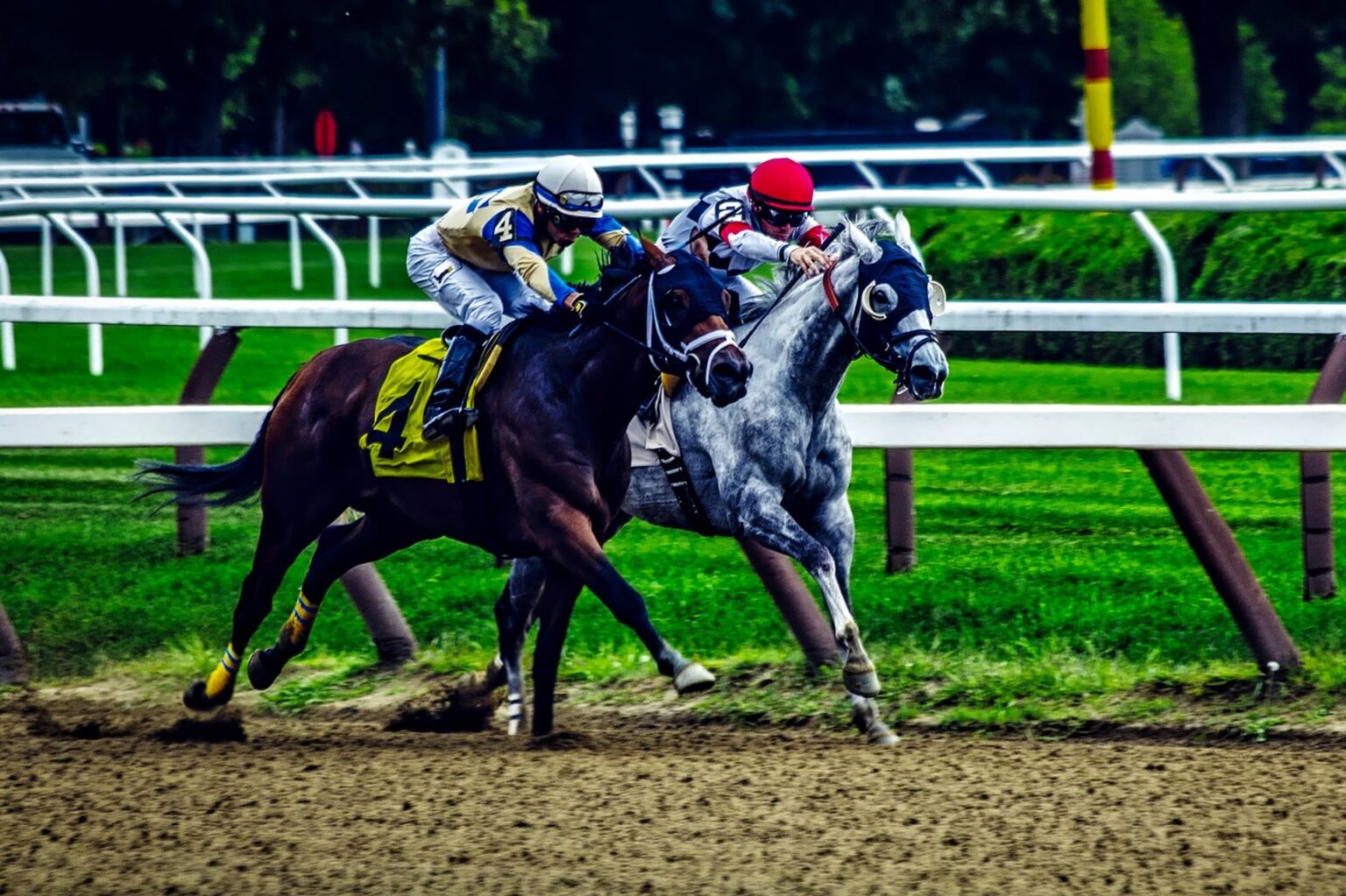 While in Lake George take a day to visit Saratoga Springs! Ranked in the top 10 places to live in America by Fine Living Magazine, it is known for horses, health, and history. It is home to the Saratoga Race Course, natural mineral springs, and rich history, all just a 30 minute drive from Lake George. Outlined below are some great places to check out while in Saratoga. 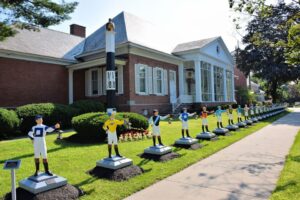 The Saratoga Race Course opened in 1863 and is known the world over for its beautiful grounds, amazing special events, and the many accomplished thoroughbreds who have raced there. Every summer from late July to the beginning of September visitors flock to the track to enjoy the betting, the food, and the people. The course has been named one of the world’s greatest sporting venues by Sports Illustrated. Just down the road, you can visit the National Museum of Racing and Hall of Fame. It honors the achievements of American Thoroughbred racehorses, jockeys, and trainers. 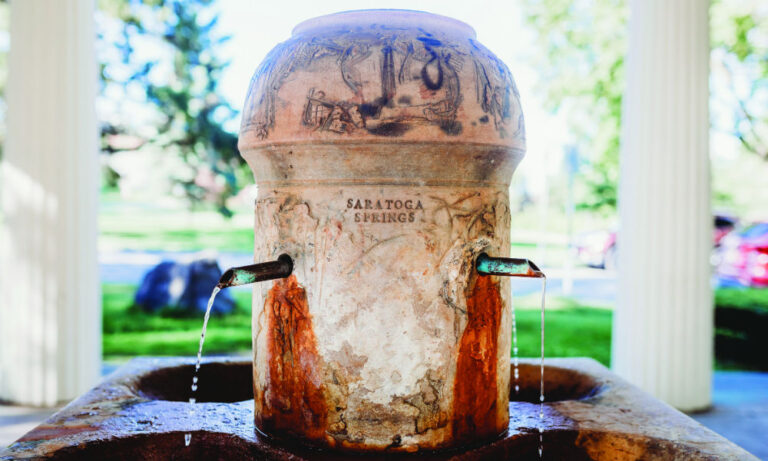 Saratoga is also known for its mineral springs. There are 21 public springs throughout the city. Each one is naturally carbonated and is said to contain healthful properties to improve skin ailments, digestion, and even strengthen the blood. No two springs taste exactly alike due to each having its own distinct mineral makeup. The springs are all easily accessible, allowing you to go and taste them! Take a self-guided tour and don’t forget to bring your own cups or bottles. 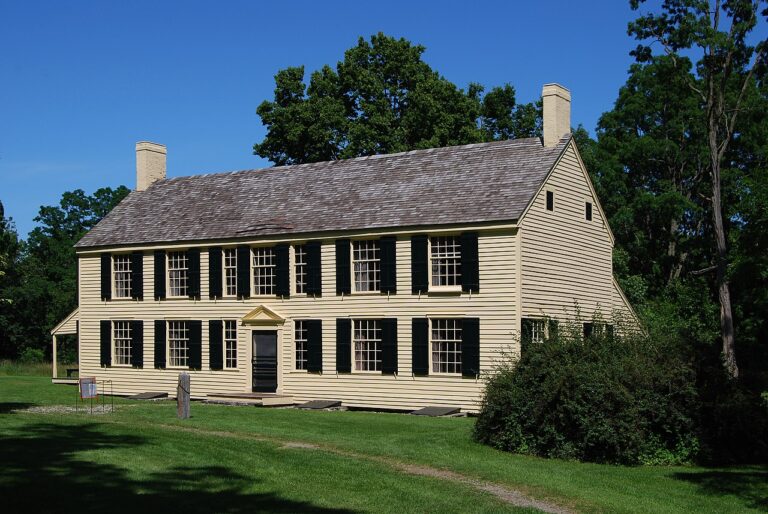 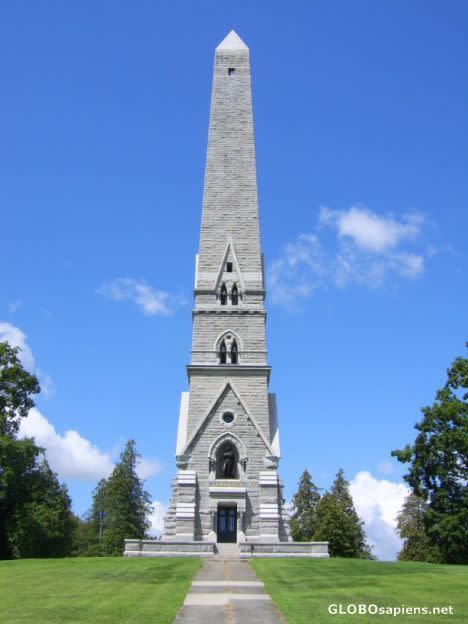 At Saratoga National Historic Park you can walk the battlefield that marked the turning point of the American Revolution, the Battle of Saratoga. There are period artillery and self-guided tours using a brochure, audio, or mobile app.

You can also visit the Schuyler House, the country home of General Philip Schuyler both before and after the Battles of Saratoga. The British burned the original house and its outbuildings during their retreat. The present house, erected in 1777 shortly after Burgoyne’s surrender, was the center of Schuyler’s extensive farming and milling operations. The house has had many visitors including George Washington (godfather of daughter Catherine Schuyler), son-in-law Alexander Hamilton (who married daughter Elizabeth Schuyler), Thomas Jefferson, James Madison, and the Marquis de Lafeyette.

The Saratoga Monument commemorates Burgoyne’s surrender to Gates. This 155-foot stone obelisk (completed in 1883) stands where Burgoyne’s camp entrenched during the campaign’s final days. When open, climb stairs to the top for a 360-degree view of the Hudson River Valley.

The Victory Woods are 22 acres that mark the final encampment site for the British Army under General Burgoyne prior to their October 17, 1777 surrender to American forces. The trail is self-guided and offers a raised, accessible 1/2-mile pathway with interpretive signs. 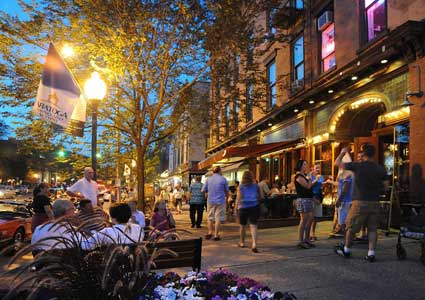 The Saratoga Performing Arts Center is known for being a significant contributor to the arts and culture of Saratoga, hosting renowned acts like the New York City Ballet and the Philadelphia Orchestra, as well as mainstream concerts and events.

Down Broadway, Saratoga Springs’ main street, you’ll get a taste of all Saratoga has to offer. With amazing restaurants, a lively nightlife scene, and a variety of eclectic shops and galleries, you’ll be sure to find something to please the whole family. 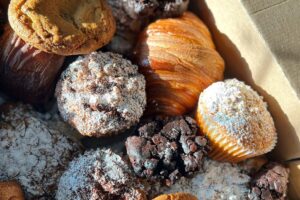 Local Cafes You Should Try in the Lake George Area 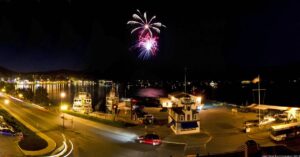 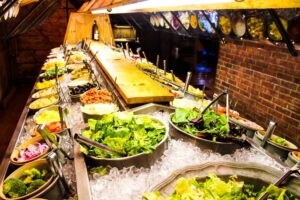 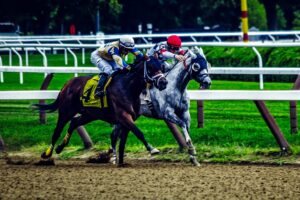